Seems like every other state got a big snow this year. For some reason upstate New York was a little behind. Until now. Jumping into frozen waters with air temps at a toasty 37 degrees and a nice 10 mph wind, these guys raised over $13,000 for COARC, a local not-for-profit that assists those with developmental disabilities. They almost made it look fun and painless! Photographs Posted by Scott Langley at 10:17 PM No comments:

A few photos from kids Bingo day at the local New Lebanon library. Photographs Posted by Scott Langley at 10:16 PM No comments:

Dairy farmers are hardcore. I called at 9:00 am to see when I could come take a photo of Jim Davenport, of Ancram, milking the herd for a news story, and he said I was already 5 hours late. So I had to catch the second shift at 4:00 pm. Photographs Posted by Scott Langley at 8:41 PM No comments:

Was on assignment in Hudson so decided to swing by the Amtrak Station to see what was happening on a cold Saturday afternoon. Apparently not much! But here are a few still life scenes to share, which is a different approach for me since I usually photograph people and not things. 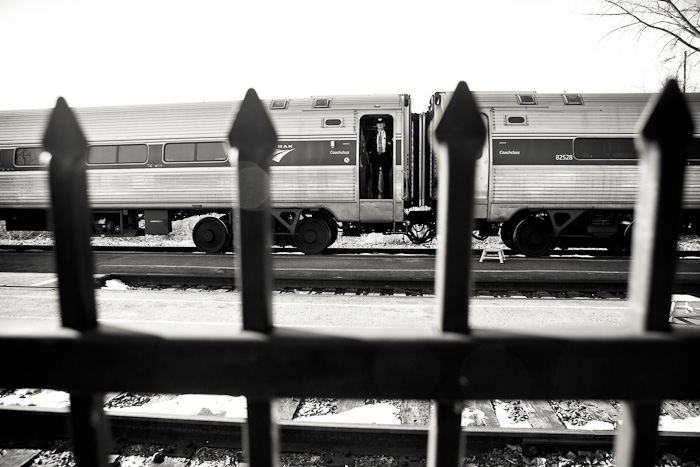 Above: While not the most visually striking photo of the hundreds I shot of speakers at the podium, I have to share it here because when I saw this man's eyes through my camera, I was taken aback. This photo was taken of Dr. Allen Ault as he recounted about his experiences as the warden at the maximum security prison in Georgia where executions were carried out during his time there. The look was a glazed stare - what I imagine those who come home from war look like as the relive their experiences through thought or through speaking. These eyes will haunt me forever, knowing what they have seen.
Photographs Posted by Scott Langley at 1:33 PM 2 comments: